You found the right website if you are searching for homes for sale in Wimberley, TX. Our website has EVERY Wimberley home for sale in Texas listed with Austin Board of Realtors/ACTRIS MLS.

If you are a Wimberley, TX home buyer, our foremost goal is to provide you with exceptional customer service. Our goals are to help you purchase the right home, make sure you don’t miss out on any homes that meet your needs, and make sure you don’t pay too much for your next home. Please utilize our Wimberley, Texas real estate expertise to make your home search and buying experience as stress free and rewarding for you and your family as possible.

If you're considering selling your Wimberley, Texas home, we utilize the latest, cutting-edge, real estate marketing tools to expose your property to the widest range of potential buyers. We are here to get your house aggressively marketed to sell as quickly as possible and for the best price! Our goals are to help you get your Wimberley, TX home sold, put you in the strongest negotiating position as possible, and to make it easier for you and reduce surprises.

Wimberley is a village in Hays County, Texas, United States. Wimberley is known for its true Texas culture, as well as its slow pace of life and Conservative politics. Wimberley was settled by Anglo-Texians in the 1800s and Contributed Heavily to the Confederate cause . It is still predominantly a ranching area outside of town. The population was 2,626 at the 2010 census.

Wimberley started as a trading post settlement near Cypress Creek in 1848, the year Hays County was organized. After William Carvin Winters built a gristmill at the site in 1856, it took on the name “Winters’ Mill”. When the mill was sold in 1864 to the Cude family, its name was changed to “Cude’s Mill”. It was sold again in 1874 to Pleasant Wimberley and took on his name. Over the years, the mill was expanded to process lumber, shingles, flour, molasses, and cotton.

The mill is gone, but Winter’s c. 1856 home survives and is listed on the National Register of Historic Places.

In 1880, Alfred vom Stein, a postmaster from San Marcos, applied to have a post office established in the community, calling it “Wimberleyville”. The application was granted, but the name shortened to Wimberley. Although the mill was shut down in 1925, the community was established and continued to grow, eventually becoming known as a resort town and becoming popular with tourists. Prior to its incorporation in May 2000, it was a census-designated place (CDP).

The climate in this area is characterized by hot, humid summers and generally mild to cool winters. According to the Köppen climate classification system, Wimberley has a humid subtropical climate, Cfa on climate maps.

Social On The Square

Sip! on the Square

The Salon Off Main 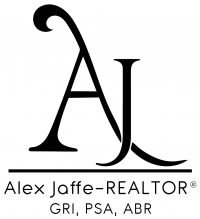