You found the right website if you are searching for homes for sale in Leander, TX. Our website has EVERY Leander home for sale in Texas listed with Austin Board of Realtors/ACTRIS MLS.

If you are a Leander, TX home buyer, our foremost goal is to provide you with exceptional customer service. Our goals are to help you purchase the right home, make sure you don’t miss out on any homes that meet your needs, and make sure you don’t pay too much for your next home. Please utilize our Leander, Texas real estate expertise to make your home search and buying experience as stress free and rewarding for you and your family as possible.

If you're considering selling your Leander, Texas home, we utilize the latest, cutting-edge, real estate marketing tools to expose your property to the widest range of potential buyers. We are here to get your house aggressively marketed to sell as quickly as possible and for the best price! Our goals are to help you get your Leander, TX home sold, put you in the strongest negotiating position as possible, and to make it easier for you and reduce surprises.

Leander (/liˈændər/ lee-AN-dər) is a city in Williamson and Travis counties in the U.S. state of Texas. The population was 26,521 at the 2010 census, and 62,608 at the 2019 census estimate. A suburb just north of Austin, and part of the Greater Austin metropolitan area, it was the fastest-growing city in the United States between 2018 and 2019.

Leander was established in 1882 on land sold by the Austin and Northwestern Railroad Co. to prospective citizens. The town was named in honor of Leander “Catfish” Brown, one of the railroad officials responsible for the completion of the line.

In 1836, a company of Texas Rangers, including John J. Tumlinson Jr. established Tumlinson Fort, the first Anglo-American post in Williamson County. The post was located on Brushy Creek, four miles south of present-day Leander, and was established to protect settlers from Indian attacks. The company abandoned the post to fight in the Texas Revolution, and a few years later it was discovered, burned down by Indians.

It was near Leander that the Leanderthal Lady, a skeleton dating back 10,000 to 13,000 years, was discovered; the site was one of the earliest intact burials found in the United States.

Leander is a jurisdiction member of the Capital Metropolitan Transportation Authority (Capital Metro). The northern terminus for the Capital MetroRail Red Line is located at Leander Station and Park & Ride designed by McKinney York Architects, located on U.S. Highway 183 north of Ranch to Market Road 2243. Leander Station also has access to several express bus lines, and includes a park and ride facility with 600 parking spaces.

Sushi to the Moon

The Fieldhouse at The Crossover 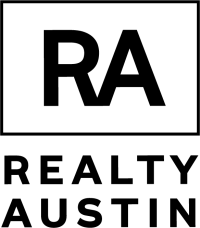